The Daisy Grave was born in the Italian resort of Gargnano, on the shores of Lake Garda. It was inspired by a lucid dream experienced whilst staying in the Palazzo Feltrinelli; a 19th century house owned by the University of Milan. The building was used by the government of the Italian Socialist Republic and was Benito Mussolini’s official residence until his execution there in 1945.

While the book was still in its embryonic state, the incestuous crimes committed by the Austrian, Josef Fritzl, came to light. My story suddenly felt like a prophetic depiction of a terrible, and all too real, situation. Because of that, I abandoned the novel.

It was almost twenty years before I took up the story again. NaNoWriMo 2019 and the Covid-19 pandemic of 2020, facilitated its completion. 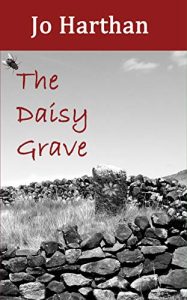 “The Daisy Grave” describes Antje Richter’s journey to discover the truth behind a headstone on unconsecrated land near her childhood home. It’s where she and her brothers played as children and it stirs in her a feeling of something that has been abandoned — something that wants to return. Thus begins Antje’s quest to uncover the dark secrets of the Daisy Grave. Secrets that some members of the Richter family, and also the Catholic church, would prefer to stay hidden.